What is CELPIP, and how is it different from IELTS?

Not long ago, the IELTS test used to be the only option you had for an English language test. But CELPIP has now become available in many countries other than Canada, such as India, the Philippines, America and the UAE. No wonder so many immigration applicants are asking, ‘CELPIP vs IELTS, which is easier?’

Virtually every category of immigrant (worker, businessman, spouse or family) and international student in Canada is required to give a language test. CIC wants to know how fluent you are in English (or French). 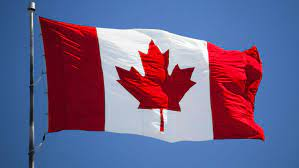 Do you have to be bilingual to move to Canada?

No, you don’t have to be bilingual. You only need to show language proficiency for one of the languages. Most parts of Canada speak English – and that’s why English tests are the most popular ones.

If you are planning to immigrate to Canada, you will already know that language proficiency in French or English is one of the immigration requirements. Good results on the language proficiency test can make a big difference in your Express Entry Comprehensive Ranking Score (CRS).

To prove your French language proficiency, you can take the test de Connaissance du français for Canada or TCF Canada.

For the English language skills requirements, you have two options: the Canadian English Language Proficiency Index Program (CELPIP) or the International English Language Testing System (IELTS) test. So, CELPIP vs IELTS? Both tests are accepted by Citizenship and Immigration Canada. In this blog, we will be focussing on the English proficiency tests and help you figure out which is the best test for you.

CELPIP vs IELTS: What does each test do, exactly?

The CELPIP exam and IELTS test are both approved and accepted by Citizenship and Immigration Canada (CIC). The final test score is compared to the Canadian Language Benchmark (CLB), which demonstrates national language standards for recognizing a second language.

Well, here at the IELTS Podcast, we always think IELTS is better – because it gives you more options! However, if you are committed to moving to Canada, the CELPIP might be right for you. Just because CELPIP is a Canadian test does not mean CELPIP scoring will be more beneficial for your application. But there are a few advantages to the CELPIP test format if:

CELPIP tests your English according to the English language used in Canada. This is a mix of American and British English. It is possible that employers will be more satisfied with CELPIP than IELTS because it is a better test of how they speak in Canada.

Moreover, if you have spent time in Canada, you will already understand how people here converse and write. It will make more sense to give a Canada-focused test in that case.

Some people say that the CELPIP test format has a number of other advantages over IELTS: